Kenya Law took part in the 2015 LSK annual ‘Justice Cup’ tournament which is a six-a-side football tournament organized by the Law Society of Kenya (LSK).  The event brings together teams drawn from various stakeholders involved in the administration of justice, including judges and magistrates, auctioneers, advocates, law students, the police, parliamentarians, human rights NGOs and media houses from the country.

This year, the Justice Cup Football Tournament’s was held on Saturday, 29th August, 2015 at the Parklands Sports Club under the theme of “Security is Your Responsibility”. 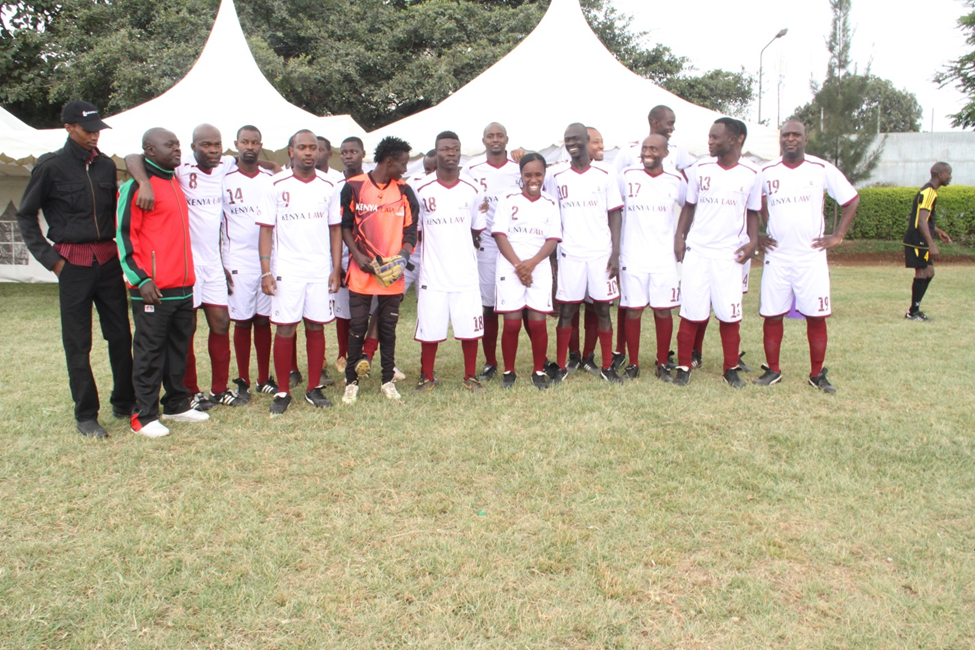 With the unwavering support from the cheering staff members, the Kenya Law’s Team made it to the finals of the Plate cup competition for the second year in a row. However, the team narrowly lost to Amollo & Gachoka Advocates via penalty kicks after a barren draw in the normal regulation time. This year’s main cup was won by Rachier & Amollo advocates’ law firm.

Participating in the tournament was not only a great sporting event, but helped in enhancing the visibility of Kenya Law as a key stakeholder in the legal sector and also provided an opportunity to interact and share various experiences with the stakeholders both from the legal and non-legal fraternity.