The Chief Justice, Hon. Dr Willy Mutunga, D. jur, SC, EGH officially launched the bail and bond policy guidelines that have been adopted by the Judiciary on 20th March 2015 at the Supreme Court Gardens. 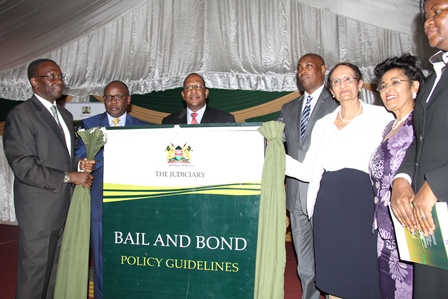 The Chief Justice laid out the background to the development of these guidelines by highlighting that 41 per cent – or nearly half – of the entire prison population are people in remand.

Kenya’s prisons hold twice the number of people they were planned to hold and the administration of bail and bond plays a big part in how these prisons facilities can be managed to ensure that only those persons who should be detained within the prisons are actually held within prisons.

The Chief Justice noted that the Constitution of Kenya, 2010 places a premium on freedom and sets a high threshold for the denial of liberty. He emphasized “Bail and bond exist to secure the presence of suspects at trial, and to avoid a situation where people who might be innocent get needlessly punished. This means that we must shy away from imposing punishments on individuals whose guilt has not been proven.”

The Bail and Bond Policy Guidelines are intended to guide police and judicial officers in the application of laws that provide for bail and bond and, in particular, they seek to:

1)   Ensure that bail and bond decision-making process complies with the requirements of the Constitution.

2)   Guide bail and bond decision-making by police and judicial officers.

4)   Streamline and address disparities in bail and bond decision-making, with a view to enabling fair administration of bail and bond measures.

6)   Enhance conformity with the internationally agreed minimum standards for arrested persons and persons held in detention.

7)   Address the over-use of pre-trial detention.

8)   Safeguard the interests of victims of crimes in bail decision-making.

The bail and bond policy guidelines were developed by a taskforce, chaired by Hon. Justice Lydia Achode, that was appointed by the Chief Justice in May, 2014. This taskforce was under the supervision of the Hon. Lady Justice K.H Rawal, Deputy Chief Justice, who, with the assistance of the National Council on Administration of Justice, steered and supported this process. 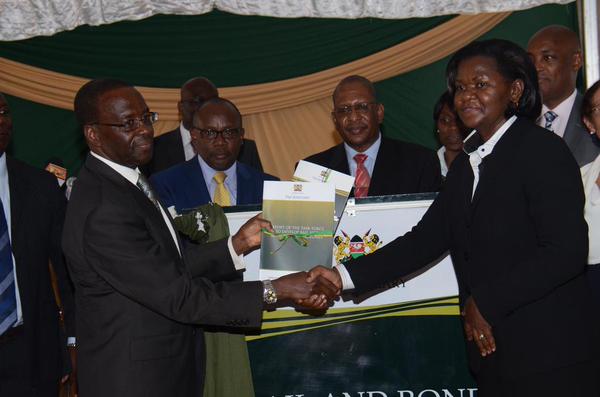