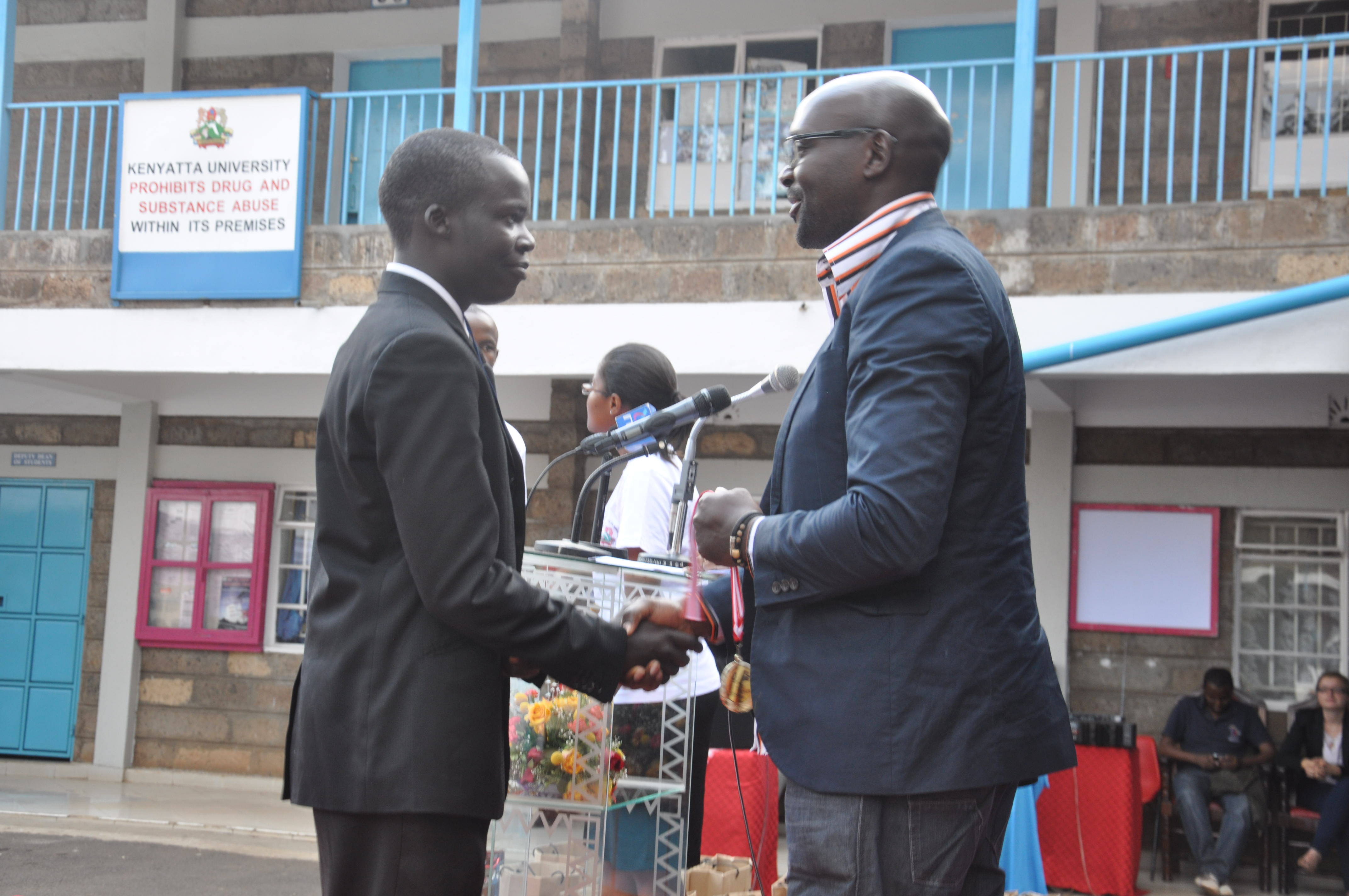 Kenya Law was among the proud sponsors of the second All Kenyan Moot Court Competition 2014. (AKMCC) organized by the Kenyatta University School of Law (KUSOL). Kenya Law donated Copies of the Kenya Law Reports, Election petitions, Kenya Law Monthlies among other publications to the winners of the competition. The event which took place at Kenyatta University’s Parklands Campus on 14th and 15th February 2014 hosted more than 17 teams from 9 Law Faculties across Kenya.

The theme for this year’s AKMCC was “Safeguarding Human Rights through Combating Corruption”. It aimed at bringing to discussion Kenya’s international obligation to prosecute for corruption and to bring out the correlation between corruption and human rights. Of great interest was the development of the argument by scholars on grand-corruption being a crime against humanity.

The Competition was officially opened by the Law Society of Kenya Chairperson Mr Eric Mutua and presided over by Justice Prof. J.B. Ojwang, judge of the Supreme Court of Kenya. Judges for the Competition were drawn from the Judiciary, the Office of the Attorney General and the Department of Justice, the Ethics and Anti-Corruption Commission (EACC), Transparency International Kenya, practicing advocates, most of whom have mooting experience, among others.

AKMCC is an initiative of KUSOL and was officially launched by Honorable Attorney General of the Republic of Kenya, Prof. Githu Muigai in February 2013. The competition focuses on matters of International law and is set to become one of the largest annual events in the Kenyan legal calendar.

It is also geared towards building and underscoring the pivotal role of scholarly research, seasoned advocacy skills as well as the development of aplomb in making public presentations; an invaluable investment for all in the legal profession. It also aims at creating the relationship between the legal profession and the law students as they champion the development of Kenyan jurisprudence on matters of International Law.

Kenya Law, being a pupilage centre, promised to offer internship to the best performers and have the best research papers published on www.kenyalaw.org.

The next edition of AKMCC will be held in February 2015.